I remember when I saw the Wonder Woman preview for the first time. I dabbed at my tear-filled eyes with a scratchy movie theater napkin. My husband gave me that look that says “you’re adorable but kind of weird.”

My only words to him were “This is important.”

It wasn’t that long ago I wrote this blog post about my daughter being denied entry to a game of “Superheroes” by her classmates. A little boy told her she could not play because she was a girl. And girls did not play superheroes.

I was lucky enough to see it with my husband and I cried again. Not just because Gal Gadot portrayed a fantastic hero whose strength is rooted in her optimism. Not just because the Amazon women battle scene was totally badass. And not just because of all the parents who brought their daughters to see the movie.

I cried because of all the parents who brought their sons to see the movie. That is just as important.

I hope the Wonder Woman franchise continues to explode. I hope the door has been blown off the hinges for superhero movies featuring a female lead.

I want my youngest daughter to ask to join a game of Superheroes one day and be told yes without hesitation, because those boys will know Wonder Woman.

Or better yet, she’ll already be leading a game of “Amazon Warriors.” 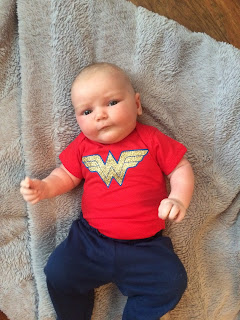 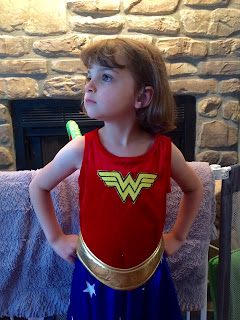 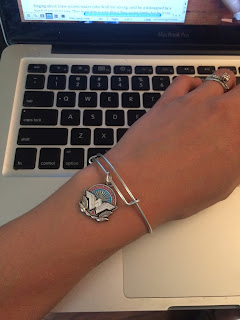 We represent in this house.